Why do a Design Sprint?

The Design Sprint is a process developed by Google Ventures. This collaborative methodology, inspired by the principles of Lean Startup and Design Thinking, enables innovation by providing concrete answers to complex problems.

The Design Sprint makes it possible to :

How does a Design Sprint work with us?

Before the Design Sprint

Secure the cast, share the guiding principles and get the team on board

Stimulate the team to come up with innovative solutions

Guide the team to select the best ideas

Bring the solution to life through a high fidelity prototype

After the Design Sprint

Our facilitators, Designers and Researcher experts will accompany you to prepare and succeed in your Design Sprint.

Integrating the Design Sprint approach throughout your organisation

Our experts build with you a tailor-made program to master and integrate the Design Sprint on a large scale in your organisation.

Train your teams in Design Sprint

We transmit our tools, know-how and best practices to your teams to make them autonomous on the Design Sprint. 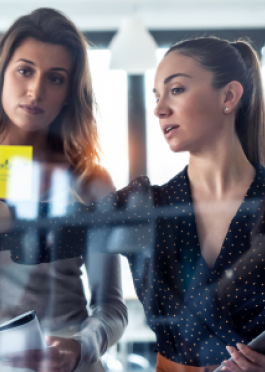 Cdiscount innovates more efficiently and quickly thanks to the Design Sprint methodology. 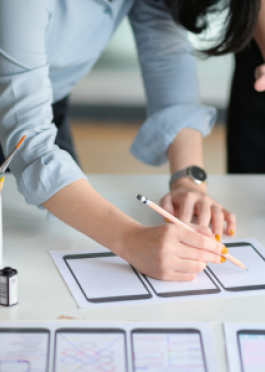 Betclic put its money on the design sprint to improve mobile user recruitment.

Depending on your needs, we join our design forces with your team to make the most of your Sprint.

Paul Michel : Passionate about innovation and digital, Paul has conducted more than ten Design Sprints, as a facilitator or UX Researcher.

Noémie Rivière : Product Designer since 2014, Noémie has produced numerous prototypes in the context of Design Sprints.

Arnaud Guilhem : Passionate about user research, he is in charge of recruiting and leading tests on the 5th day of the Sprint.

Stephen Demange : A true Design Thinking and e-Commerce specialist, Stephen was trained in Design Sprint by Google in 2017.

Maxime Thubière : Maxime is passionate about innovation. He has been facilitating Design Sprints for a few years now, convinced by the power of the method.

A product designer’s tips to be effective and insightful in a design sprint! (1/2)

A product designer’s tips to be effective and insightful in a Design Sprint! (2/2)